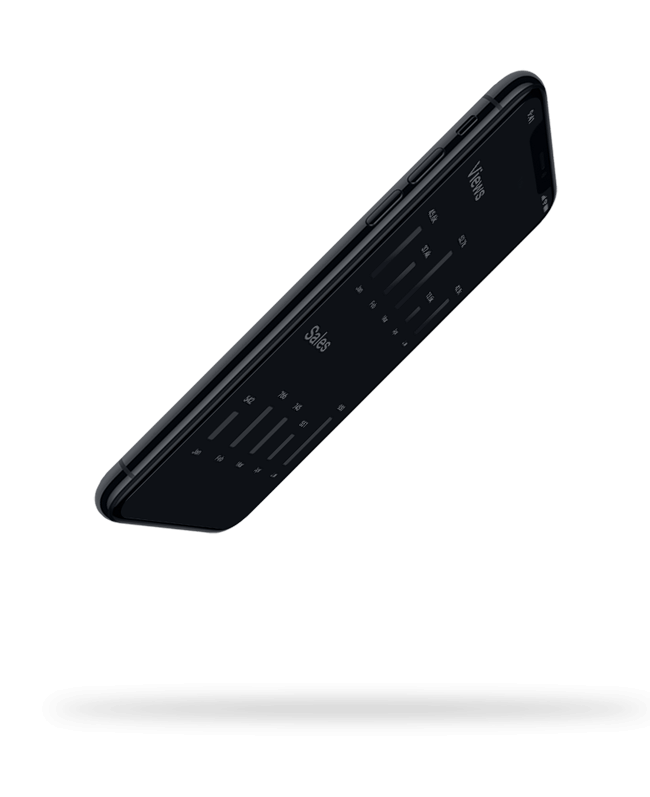 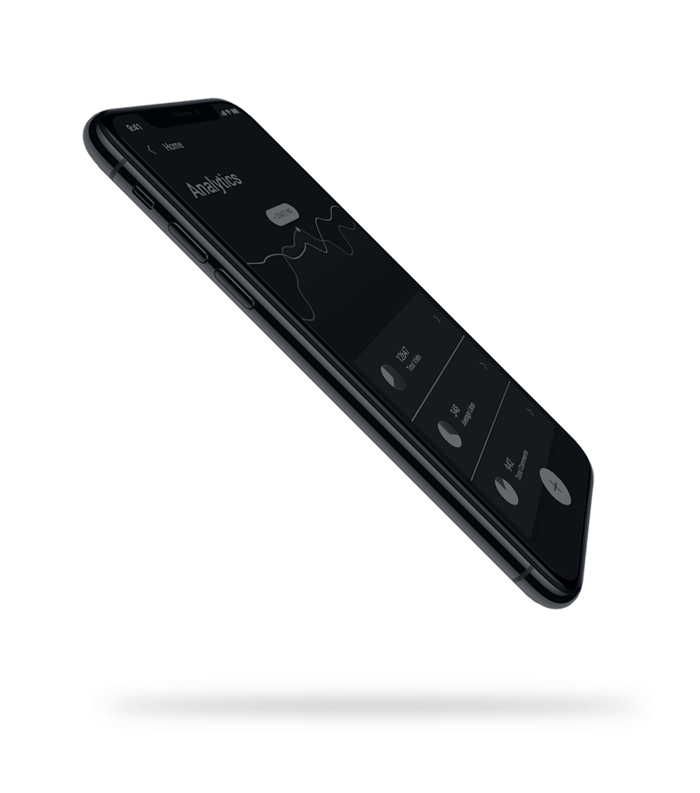 Case studies from some of our recent clients. 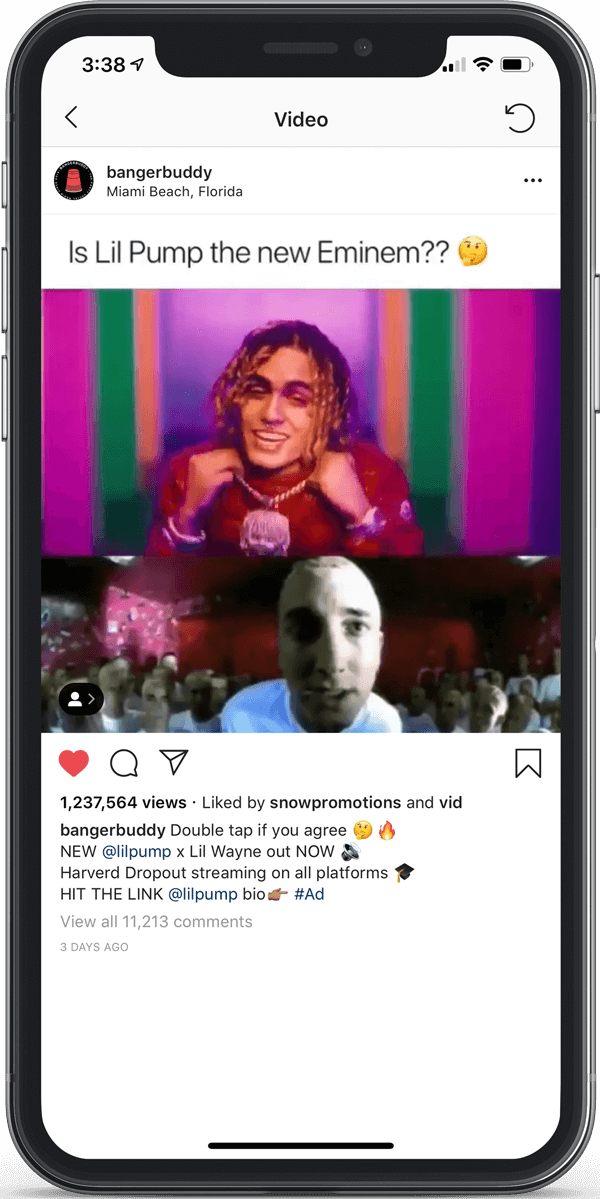 Lil Pump has been a pioneer in his ability to grow a fanbase using social media.

With the release of his album The Harvard Dropout, Lil Pump and Tha Lights Global came to Bolis Media to boost album sales in a way that was true to his colorful character.

To give Lil Pump's campaign the boost it needed, we leveraged Bolis Media's influencer network of niche targeted pages. We focused on promoting Lil Pump's content to pages whose audiences were filled with hip-hop lovers, ensuring the campaign got in front of people who were likely to engage with it.

By crafting posts that would appeal to Lil Pump's listeners, we were able to deliver substantial results in just 1 week. 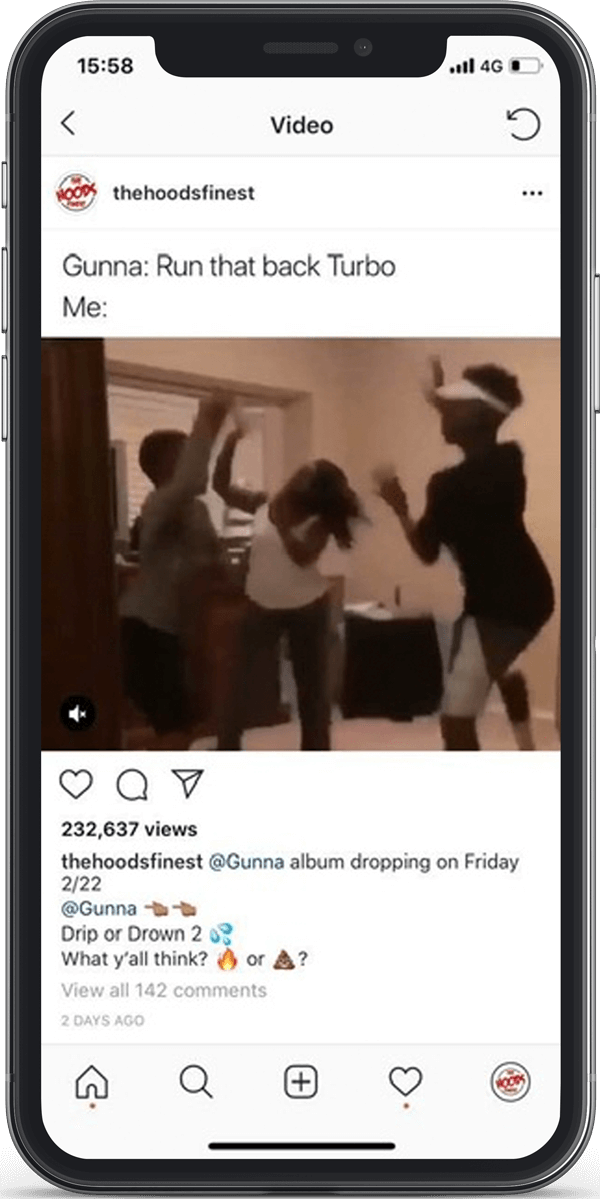 Gunna is a rising star signed to 300 Entertainment, featuring artists like Migos, Young Thug, and more.

With his recent Drip or Drown 2 album release, Gunna needed to ensure he kept pace with his quick rise to the top by boosting album sales via social media.

We executed this campaign by promoting Gunna's content through Bolis Media's influencer network, which boasts over 250M+ unique active viewers. We focused on promoting his content through pages with followings that resembled his listener base, ensuring that every dollar spent on the campaign would deliver results.

By getting Gunna's content in front of people who were likely to convert into new listeners and album sales, we earned him over 5M views in just 1 week. 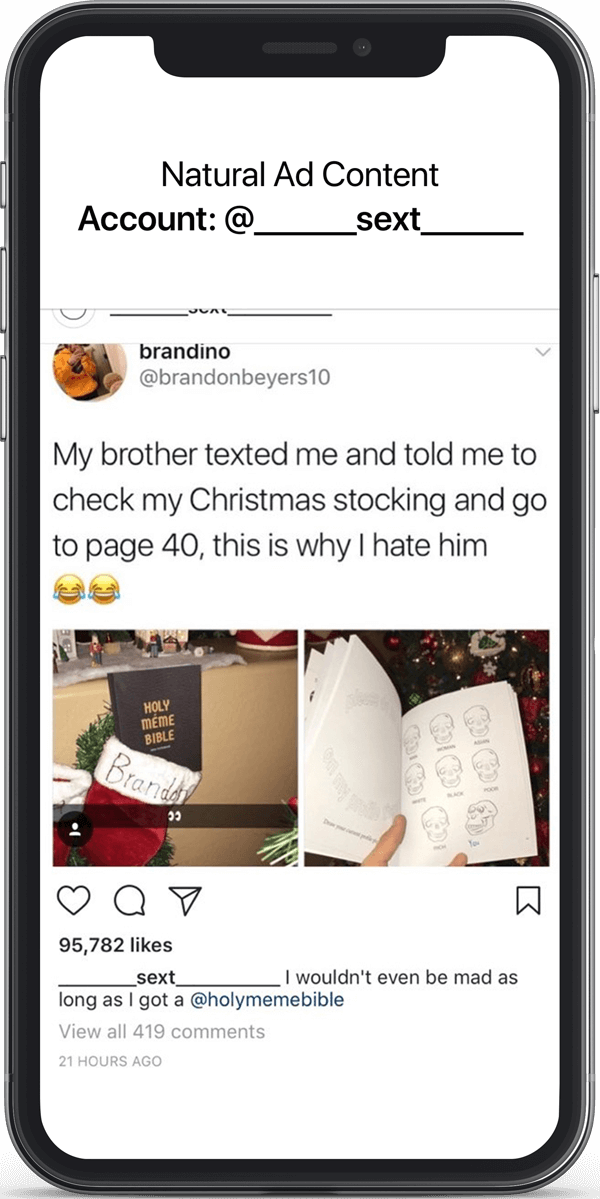 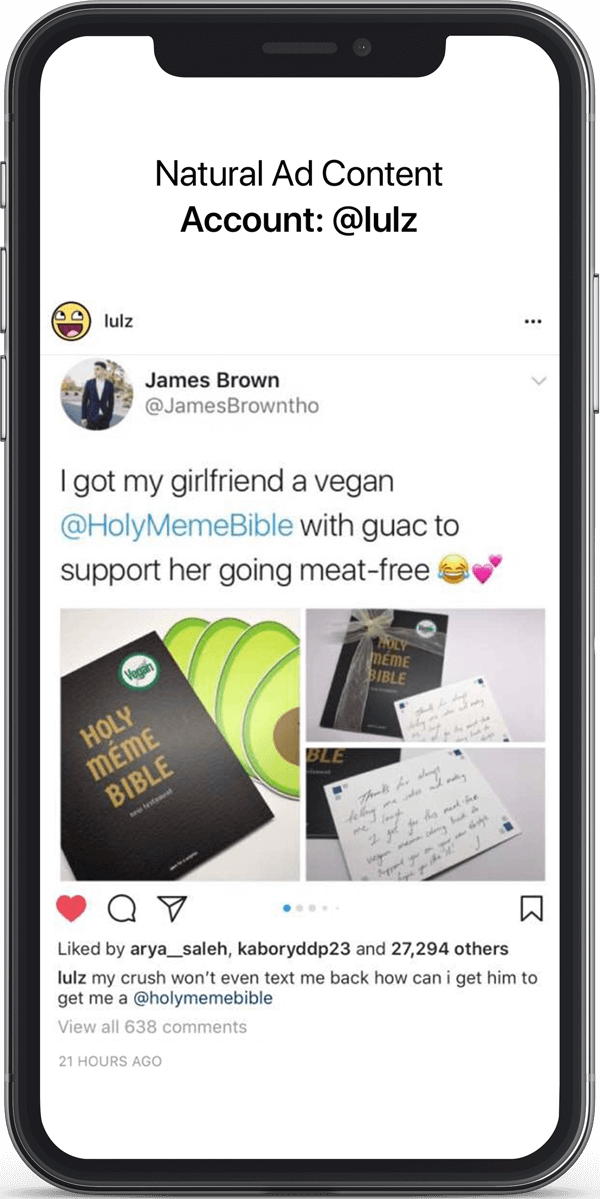 We partnered with Danktank and founder Jason Wong to manage their lnstagram marketing campaigns on parody pages.

Danktank had been preparing for a large marketing campaign for the second installment of their flagship product. Shoutouts, or paid promotions for a set period of time on an lnstagram page, are the main form of promotion within the realm of parody accounts.

lnstagram was foreign to the team at Danktank; it became difficult to determine which pages would be best for growing their business and how they would go about driving high quality traffic at a low rate on lnstagram.

With the opportunity to help build the future of meme-based products, we got to work immediately. Our expertise in the realm of lnstagram marketing allowed us to leverage the best rates possible on the most fitting pages for the Holy Meme Bible. We contacted and negotiated with hundreds of accounts to reach rates unheard of on lnstagram. Each page contacted was chosen based on either niche or demographic, guaranteeing a quality audience.
‍
The ads we created were intended to appear as natural posts that fit in with the regular content posted by each page. We worked closely with the Danktank team to optimize the pages used and content we created based on what we found worked best. By constantly bettering the campaigns, we were able achieve a low CPM & CPC.

Our campaigns with Danktank saw large success, making several viral posts & bringing in large sales numbers. Along with aiding the Holy Meme Bible become a viral sensation, we also achieved the following for their site, holymemebible.com :

Click the button below to get in touch with us. Viralize your brand now.